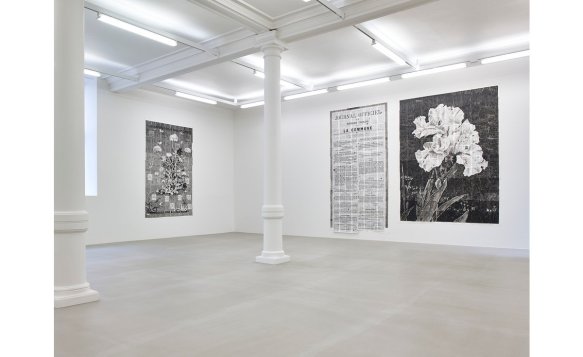 Most gallery-goers have had a Kentridge moment, spellbound by his drawings, films and installations that treat History as a dream from which we never awake. I would bet most often that moment would be, as it was for me, watching one of his Drawings for Projection (1989–2011), the well-known series of animations made from layered charcoal and pastel drawings that veer between floaty allegory and harsh directness in attempting to come to grips with modern-day South Africa. Crucially, the method carried the message, the erased lines of charcoal still visible as the drawing struggled to change, the animation carrying a homemade honesty that also spoke silently about how memory and meaning accrue. The Kentridge moment is strongest the first time; there’s a constancy to his shadow plays, cartoonish live-action videos and, yes, the operas he’s directed, as they continue to pick at the threads of the past, to layer and tangle them. Kentridge is assured at sounding, again and again, the tragicomic note of unrooted jumping back and forth that seems to define our contemporary understanding of history. And while it’s never the wrong note, it just always feels like the same note.