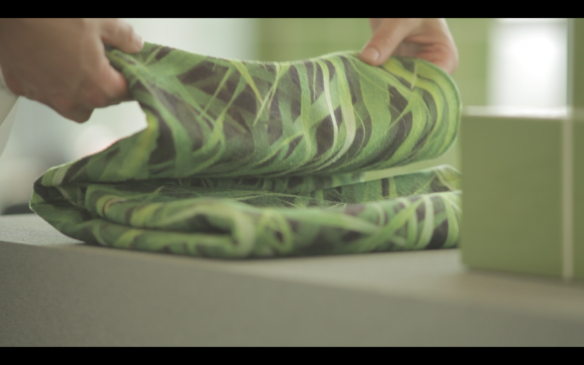 The words have become prominent in recent decades: recycling, sustainable, ecological, organic. The words are markers of moral aspiration, things that we should be aiming for in order to be more at balance with the planet that we inhabit. With almost 7.5bn humans alive at the moment, how we make use of this planet perhaps hasn’t changed so much the past one hundred years, but the rhetoric with which we justify it certainly has. It’s a dark irony that is legible in the stacks of plastic laminate signs thrown around countless hotel bathrooms reading, ‘Help save the environment: please re-use your towel!’, or the absolution of throwing your empty beer tin into the recycling bin only for it to be freighted halfway across the globe and eventually melted down in a high-energy exchange process. Take a look around you right now: we palliate the industrial web we have woven around ourselves with potted plants, ‘daylight’ bulbs and Taste of Nature® snacks.

It is the intricate politics and subliminal hierarchies in these choices and justifications that form the backdrop for Rachel Pimm’s sculptures, installations, videos and performances. Taking on water resources, eco-design and just what the hell humans are doing here, Pimm’s work is an extended examination of what it means to be ‘organic’, in the original sense of carbon-based compounds. Her 2014 Garden City installation, described by the artist as a ‘design collection and location for a forthcoming film’, was made up of small constructions of grey-green tiles branded with the commercial colour name ‘Utopia Kiwi’. Asparagus, grapes and spring onions were tastefully arranged throughout this model town plan alongside folded towels printed with grass patterns. The title and layout nodded wryly at Ebenzer Howard’s influential 19th-century envisioning of a city that was entwined with nature, as if to say his ideal had been achieved, though not perhaps in the manner he might have thought. One strand of Pimm’s work has focused on the evolutionary peculiarity of human interior and domestic design, on how the boxed off and well-insulated home might then be outfitted with the manufactured veneer of plant life. Proximity to nature, we might say as we rub cellulose-based moisturiser into our skin, is simply a matter of perspective, right?

There is a statement I remember reading when I was around 12. Someone had written on one of the school gym benches, in shaky but deliberate tippex: ‘Horses are the only animals that shit when you’re sitting on it.’ It is an almost pointless truism (though perhaps not taking into account donkeys, camels or dromedaries) but, despite its grammatical inconsistencies, the reason it stuck with me perhaps was how the claim carried with it many of the assumptions of the human being. We might now be in the era of the Anthropocene (an inadequate concept well dismantled by Jamie Sutcliffe in the previous issue AM394), but we still carry ourselves according to the something like the Elizabethan Great Chain of Being: we are separate from everything else, and our place is on top of the horse, and how dare they defecate while we’re up there. Pimm’s work is an unpicking and levelling of such assumptions. Instead, her protagonists are the ornamental rubber plant, as in her video FYE-kuss e-LASS-tick-uh, 2014, or an earth worm in her spoken word and sound performance worming out of shit, 2015, eating its way through humus and radioactive waste. A forthcoming project takes as its central focus a 10cm hollow, black plastic sphere: last year, in order to slow down the evaporation of water, thousands of such ‘shade balls’ were dumped into California reservoirs, spreading like oil over the surface. The plastic, derived from petroleum sucked from pockets in the earth, becomes a pseudo-geological layer above ground, one touted as a ‘sustainable’ intervention. For Pimm, the black sphere also becomes a symbolic ‘o’, a punctuation mark and a black hole that, perhaps like Thomas Pynchon’s sense-enhancing and potentially telekinesis-enabling new plastic ‘Imipolex G’ in Gravity’s Rainbow, becomes part of a new hybrid, inter-substance relationship.

Common to many of Pimm’s works is the journey: we follow the worm boring its way through the different materials of sub-strata, or the flow of water in her 2015 performance lecture POLYMETHYL METHACRYLAKE. Her 2015 India Rubber project includes a documentary-style video which wordlessly follows the production of rubber from watering young saplings and the tapping of the thin, milky white sap of the rubber trees to the various factory-based processes of transforming it into transportation and leisure objects like tennis balls, soccer balls and tyres. When the work was presented at the Royal Academy, the video was accompanied by what looked at first like a mound of dirt with a young rubber plant in it but which on closer inspection in the dim light, was revealed as merely shredded rubber, the plant being a carefully moulded replica. The video’s soundtrack, made by Graham Cunnington, is a rhythmic, textured mesh from each setting, taking the piece away from straight documentation. Instead, its mechanical, musical editing gently points out how mediated the journey we are being guided through actually is, and how seductive that mediation can be. The trails of Pimm’s work are often not so much reminders of the origins of materials but of their transformations; everything, she suggests, is digested, regurgitated, in movement.

Perhaps crucially among those artists exploring our current ecological paradoxes, Pimm’s work retains an awareness of the limits of our circumscribed perspective, attuned to the tragic comedy our daily habits as fashion-aware Homo sapiens sapiens enable; our desire for the ‘natural’ is a symbol in itself. As writer Annie Dillard once put it: ‘Nature’s silence is its one remark, and every flake of world is a chip off that old mute and immutable block.’ We might accept that ‘nature’ is a rhetorical construct, a projection of a separate, distinguishable entity where there is none; but part of what Dillard is asserting is also that she, and perhaps we, want at least to hear something and are listening. Pimm’s narrated and mediated journeys are conscious attempts at making apparent this projection, a conceptual biomimicry that leave us somewhere unstable. If we still desire to be close to something that we already are, Pimm suggests, perhaps we need to attune how we are listening and acting; we need to be the human being without the conscious distancing of the ‘human’, to simply be the organic in movement.